Small-batch cigars are what the name suggests—they’re cigars with limited production. Similar to micro-brew beers or small-batch bourbon, they’re created in limited quantities—sometimes very limited quantities—and marketed to people looking for something different from mass-market products.

What makes the production of small-batch cigars limited can be any of a number of factors. Some are fashioned from rare and/or vintage tobaccos that are only available in small quantities, or from tobacco grown in limited quantities as a test of seed and soil. Others are produced to commemorate a special date or event—the Padron Anniversario 1964 series, introduced in 1994 to commemorate the manufacturer’s 30th anniversary—is one of the better known of the latter, but there are a number of others as well. Still others are crafted by small manufacturers who aren’t aiming to be all things to all people, and who prefer to limit their output and appeal to a niche market. 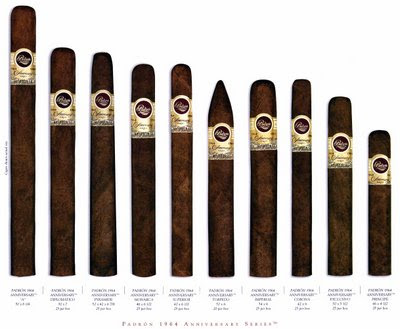 What sets all small-batch cigars apart from the others is their “specialness,” for lack of a better term. Even if they come from a fairly large manufacturer, they’ll be distinctively different from the manufacturer’s other offerings. You’ll often see them described as containing specially aged or hand-selected tobacco. They’re often limited in distribution, and in availability. Production runs of less than 20,000 or 30,000—cigars, not boxes—aren’t uncommon. In some cases, and especially so if they’re made to honor a special event or if they contain very rare or vintage tobacco, once they’re gone, they’re gone.

As you might expect from any product that’s limited in nature, small-batch cigars can come at a fairly hefty price. You can expect to shell out upwards of $15 to $20 for some of them—and there’s one, Gurkha’s His Majesty’s Reserve, which can set you back a whopping $750 for one cigar…and that’s if you can even find it. The reason for this stratospheric price? A combination of some of the rarest tobaccos in the world and a unique infusion process that melds the flavors of this ultra-exclusive tobacco with an entire bottle of Louis XIII Cognac, resulting in the production of less than 100 boxes annually. But small-batch cigars can also be more reasonably priced, and especially so if they come from a small manufacturer with lower overhead and limited distribution. 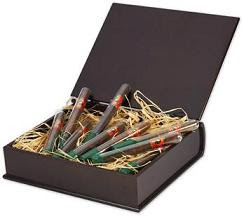 Still, the price tags on many small-batch cigars puts them out of the range of everyday smokes for most people, and especially so in these economic times. But for a special occasion or a special event of your own, they’re definitely something to seek out, and to enjoy.