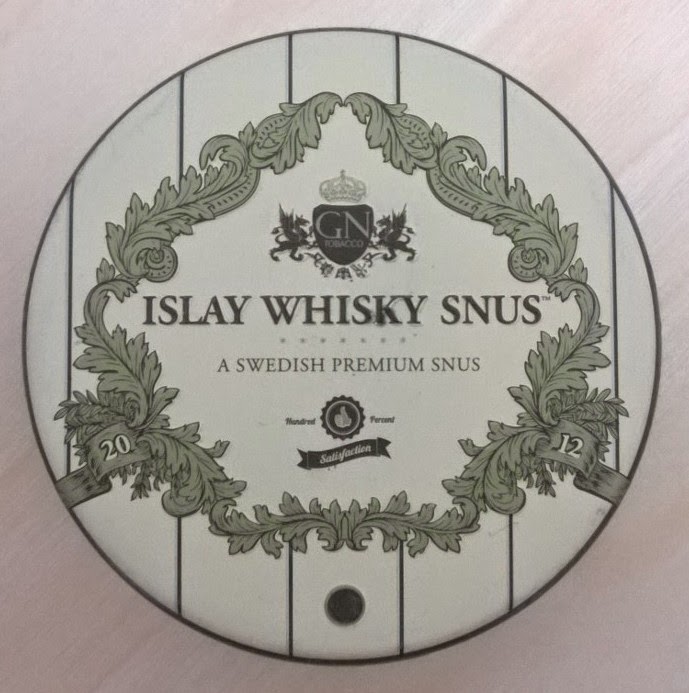 Here is a small side step from cigars. Swedish smokeless tobacco - snus - is a form of ground tobacco which is usually consumed under the upper lip. Today, it comes in forms of loose tobacco and portions (pouches).

The Islay Whisky Snus by Conny Andersson is a prime example of a great product which is manufactured honoring the traditions of snus manufacturing. Usually the Swedish snus today is done from all kinds of different leftover parts of tobacco, but not the Islay Whisky Snus. It is 100% leaf combining tobacco from

According the traditions of manufacturing Swedish snus, the tobacco is left to sweat in the heating chamber instead of  pasteurizing it. Pasteurization is, however, an effective and quick process and has advantages in mass production. The time consuming perspiration, which is used here, was the way that all Swedish snus was produced until 1981. By sweating the tobacco, you get a cleaner and more pure tobacco flavor in the finished snus.

The Islay Whisky snus tobacco is then stored in old whiskey casks from the island of Islay in Scotland. This is a process that is sometimes used to infuse also cigars. This adds an extra dimension of flavor to the tobacco. After that the tobacco is flavored with  a hint of Conny Andersson's favorite whisky  from Islay - From the same distillery that has provided the casks.

The flavor profile of the Islay Whisky snus is very earthy and malty, adding a tone of oak from the barrels for aging and salt form the manufacturing process. The moisture of the tobacco is right on and the nicotine levels will make your head spin. Just the way i like it!